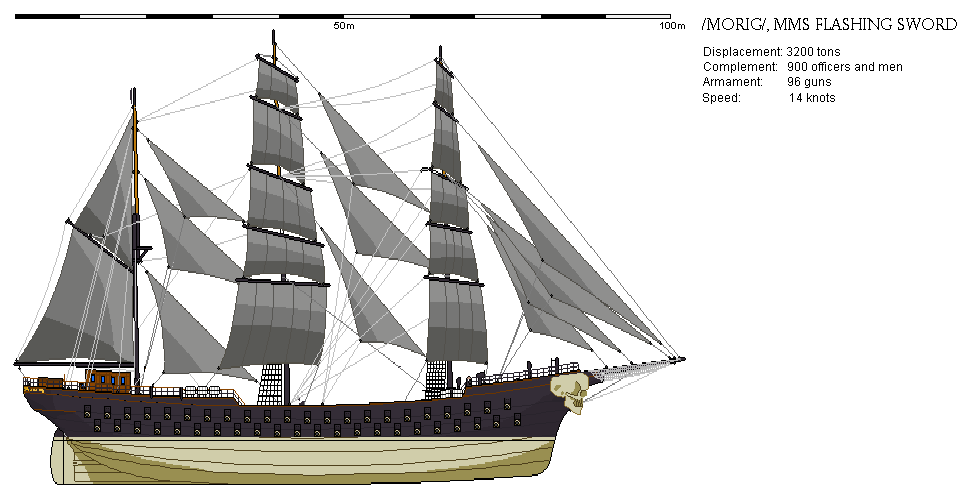 The main inspiration are ships-of-the-line, but with a lower deck (less weight and more speed, but easier to board and more green water), mixed rigging, and bronze-clad hull for anti-fouling and some mild protection against projectiles and ramming.

This private trading clipper is one of the fastest ships in the Deadbeat Merchant Navy, capable of up to 19 knots average speed in good conditions. To achieve this, it sacrifices any significant armament, lacking cannons, as well as a particularly large cargo space.

The nodachi is the iconic weapon of the Deadbeat warrior. The huge blade maximizes cutting power, but usually still allows for thrusting techniques.

This polearm is the bread and butter of the Goddess Faithful priesthood. It allows the user to engage multiple opponents at once while keeping them at a distance, a situation commonly encountered when fighting schizos.

The most high quality specimens of this weapon often feature Mont Mori diamond spikes, on the weapon's butt, and sometimes on an armor-piercing spike jutting from the back of the thick, long curved blade.

This concussive weapon is found in the hands of many Deadbeat soldiers. It is effective against armored opponents.

Goddess Faithful priestesses do not use firearms. Instead, heavy crossbows are preferred. The heavy bolt can have decent armor penetration, and shooting is both quiet and doesn't cause light and smoke, making this a superior weapon in stealthy operations.

The rifling carved on the inside of this weapon's barrel imparts rotational speed to the oblong bullets, increasing the weapons range and penetration significantly. 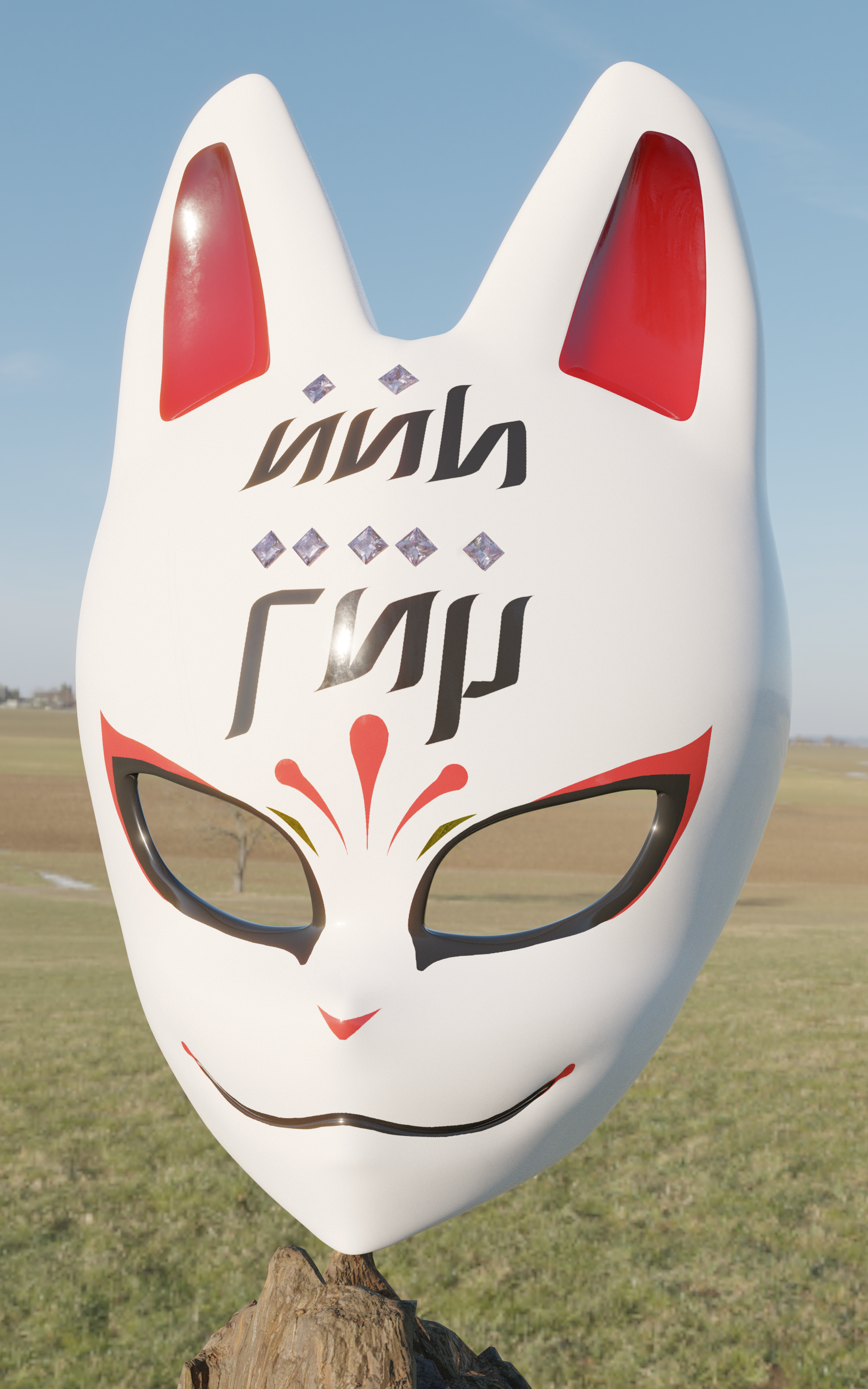 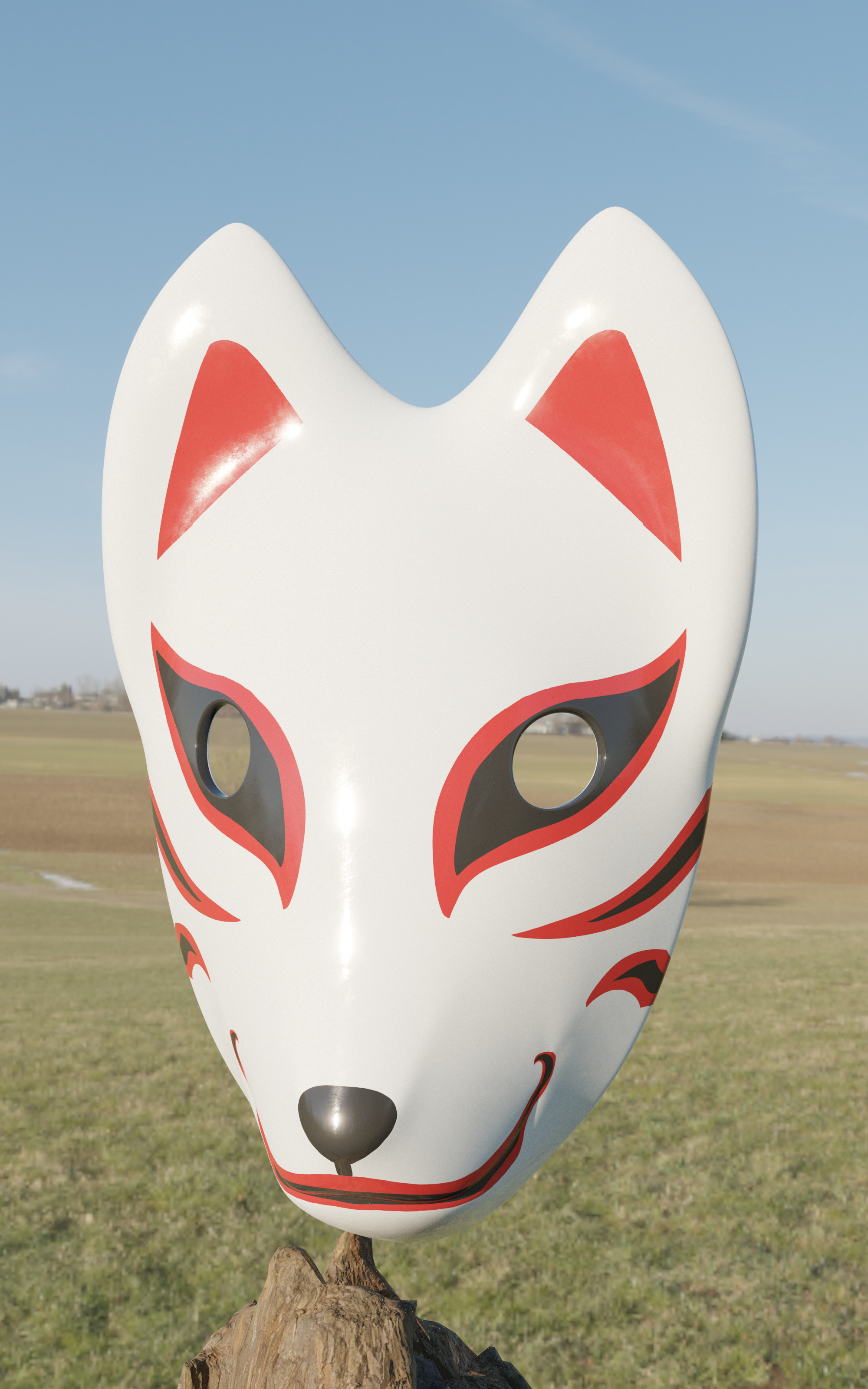