Some General Tips to Git Gud

1) It's a good idea to make your immersion early on more reading-heavy so you can quickly learn more vocab to get the most out of your listening as well (I'd say like a ~65-70:30-35 split). Manga and subbed anime can be a good way to get some initial reading before moving on to LNs and VNs.

2.i) When reading try to understand as much of what you read as possible - this means taking your time and not rushing: basic process for approaching a sentence is look up all the words you don't know (have a quick second think about what they might mean first though or what their reading might be based on the kanji before rushing into yomichan) => if you still can't understand the sentence look up any grammar you're not sure of => if it doesn't click straight away think about it for a little while and if you still can't figure it out then move on. Just repeat this and eventually your vocab/grammar knowledge will grow and you'll grow more accustomed to reading and be able to process what you read faster. Speaking in terms of JLPT N1, by just doing this and reading a lot you'll find the reading section easy (as it simply tests your ability to correctly interpret a piece of text, its nuances and what the author's trying to get at).

2.ii) Basically just stressing 2.i, doesn't always feel great early on when you're going at a snail's pace and it takes a while to understand things but not cutting corners early on really does pay off later on. Sometimes it can be hard to enjoy the content you're reading when you can't go fast (especially in the first month or so of reading) so instead it can be useful to try and find enjoyment in the fact you're learning a new skill, think about it as every new vocab/grammar pattern you're exposed to brings you 1 step closer to your end goal.

3) Somewhat linked to the previous points but choose reading material that both interests you and is appropriate for the level you're at. As you get better, gradually increase the difficulty level of the stuff you read (always make sure it's something you want to read though) - this is a good way to start getting exposed to new vocab and grammar. If you start reaching too far above your level you won't be able to understand most of what you read, likewise if you don't gradually increase the difficulty of what you read your growth will start to stagnate. JPDB is usually a decent way to get a rough ballpark idea of how difficult something is, but it can also be a good idea to ask in the relevant club or give it a try.

4) Even if all you want to read is LNs and VNs (like me) it can be a good idea to try and read a fairly wide variety of LNs and VNs, rather than just 1 specific genre or writer - as this helps you get used to a larger range of writing styles, different writers will tend to have different inclinations in terms of the vocab and grammar they use. This is more applicable after you've been reading for a little while though, since reading 1 fairly long and simple VN can be a great entry into reading anything beyond subbed anime/manga.

5) The previous points apply to listening as well - focus as much as you can to try and pick up what's being said, how it's being pronounced and what's being conveyed; don't let your immersion go in one ear and out the other to the maximum extent that you can. Can be a good idea to use a variety of listening sources (e.g. audiobooks, podcasts, youtube, non-subbed anime, dramas, movies, reality TV, etc.) to get used to different styles of audio - but again the most important thing is finding things that interest you, if you force yourself to watch/listen to something you find really boring you'll just start zoning out.

6) Try and squeeze in some immersion time wherever you can - e.g. while cleaning, cooking, commuting, etc. Since these are mindless tasks for the most part, you can still get good quality listening immersion while doing them so again try to focus on your listening as much as you can while doing them. For me I found pockets of immersion like this really added up over time. How much you get out of it will entirely depend on how well you can focus during these periods of listening, as completely passive listening where you're hardly paying attention will not do much at all (it does get easier over time if you keep trying). Getting your anki out of the way first thing in the morning is also a good idea.

7) General lifestyle stuff - if learning Japanese is just a hobby for you as well then don't prioritise it over things that mean more to you personally in the long run (uni/work/family/health/whatever that might be for you) - it will quickly stop being enjoyable if you miss a deadline because of Japanese and start having regrets. Make sure to spare free time to do things like hang out with your friends, do non-immersion stuff you enjoy and stay active (this one's always been important to me, being consistent with gym helps freshen my mind and get back into immersion feeling renewed). Remember, you're not gonna forget everything you know if you have a day where you don't manage to get any immersion in because of other stuff.

8) Balance and consistency - one of the most important points, stay consistent. In order to do so find the right balance that works for you and your goals, it may help you to create a schedule for your week so you can fit in a set amount of time per day depending on what your lifestyle looks like. For me personally, I didn't set fixed times - I essentially just filled in any free time where I didn't already have other plans with immersion. Something you can sustain is important, if you're not enjoying the process then making compromises on efficiency to make it more sustainable and enjoyable for you is always worth it. On the other hand, if you're at a point where you feel very motivated to get better and are willing to make slight compromises on max enjoyment to up efficiency then that's also fine (e.g. there were some points early on like that for me where I'd swap out some non-subbed anime listening for more podcast/audiobook listening, although I stopped doing that after a few months into learning).

9) Set good short-term goals and gradually increase how much you immerse for - for many people it can be helpful to have short-term goals to aim for and this can be helpful as a source of motivation, however it's important to set goals and approach them in a way that won't instead hinder you. For example, setting a goal to reach a certain reading speed or certain average chars read per day can be good as long as you don't start cutting corners to achieve this - remember the process is a lot more than just hitting a certain total number at which you'll be fluent, only you can truly know whether you're giving it your all with your immersion (and it's also up to you to decide whether you're fine with that or not). In terms of trying to immerse more, suddenly throwing yourself into the deep end won't go well for most people. It can be a good idea to set goals of gradually increasing it, e.g. upping your daily average by 20-30 mins week by week.

10) Monolingual transition - making the transition over to J-J dictionaries can be great, it increases the exposure you have to Japanese and for a lot of vocab it can give you nuance that you wouldn't pick up from the J-E dictionary. However, I see way too many people rush into this too early and get frustrated. It's okay to use the bilingual dictionary up until the transition can go fairly smoothly for you (of course it will still take a while to get used to and you should make the transition gradually). Using a bilingual dictionary won't cripple your Japanese, you'll pick up most of the nuance of words just by being exposed to them a lot in your reading and seeing them in context. Personally made the transition about 5 months into learning Japanese and I'd read somewhere around ~2 million characters at that point. When you do start making the transition try to take your time to understand the J-J definition before resorting to the English one, enabling extra yomichan popups so that you can also search up words in the definition is a great help (I also sometimes mined from dictionary definitions if I came across a fairly common word I didn't know).

11 (Optional)) JLPT N1 - if you're thinking about whether or not it's worth doing N1: if you need it for a job or you plan on living/studying in Japan it's worth it, if the reason you want to take it is to set a short-term goal, source of motivation, etc. that's also perfectly valid (and is one of the reasons I took it, as well as just being able to put it on my CV) but it's up to you to decide if that's worth it or not for you (take a look at the test cost where you're planning to take it). Following what I've said so far and just immersing enough is more than enough to smash the N1, but if you wanna be extra sure and are adamant on studying for it then what I would suggest is - take a practice test 2 months before the test date, if you get less than 50% incorporate some JLPT study alongside your immersion, also start reading/watching the news + incorporate some non-fiction reading (didn't study so can't give advice on this but Doth's given great advice on studying for it before). Although, if you don't specifically need the N1 I would question why you would want to do that unless you really enjoy JLPT study.

12) JUST READ - bit of a meme one, but a lot of people still underestimate how big of a role immersion plays. Anki's great, it helps you get there faster but you can certainly get there without Anki. A lot of people spend too much time worrying about whether what they're doing is right, or the best Anki settings, or how they can acquire grammar. Getting enough good quality immersion will make up for anything, no matter how inefficient or poor the rest of your method is (which I wouldn't advise but just saying it to make the point) you'll still get there as long as you keep going. 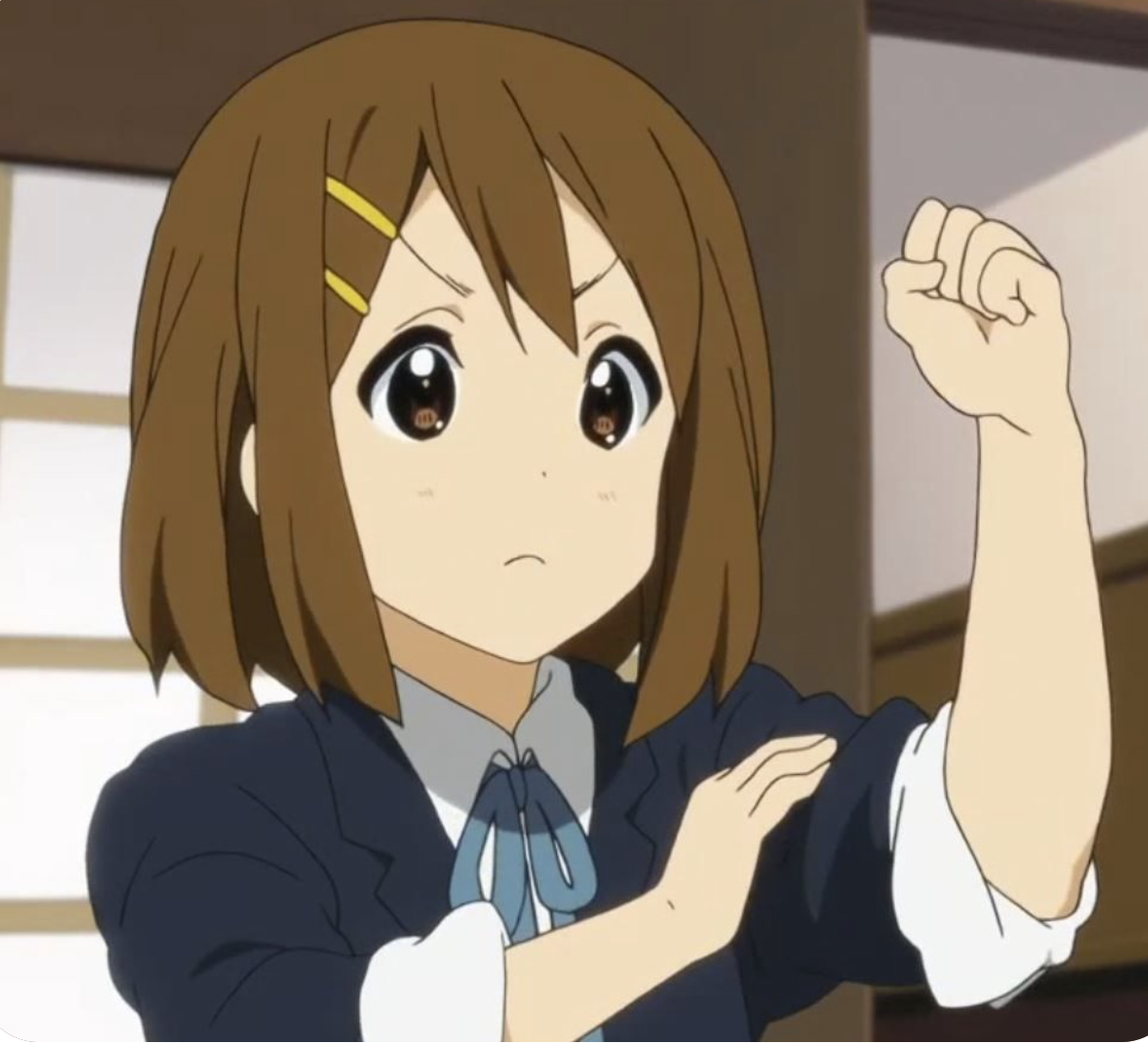